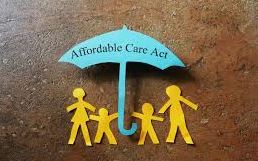 In order to dramatically reduce the number of uninsured people in the United States, the Affordable Care Act (ACA) provides substantial Medicaid expansion for qualified individuals. The Medicaid threshold before ACA was different for various groups. For example, for a pregnant woman the Federal threshold was 133% of the Federal Poverty Level (FPL); but for working parents, it was just 25% of the FPL. ACA sets an equal, common threshold 133% for all groups. Because the first 5% of income will be disregarded, this means that adult residents with a household income below 138% of the FPL will be eligible for the Medicaid expansion.

Before ACA, individual eligibility for Medicaid was very much dependent on the state. Some states (like Minnesota) had a very generous threshold largely exceeding the Federal requirements. Other states (like Alabama) were level with the Federal minimum. (See Table 1). Therefore, the impact of Medicaid expansion in states like Minnesota was quite different from states like Alabama (see Tables 2,3). (All tables below are taken from the ObamaCare Survival Guide. The latest data have been used, whenever available).

Paying for the new Medicaid under ACA

Who will pay for Medicaid Expansion? During the first 3 years (2014-2016), the United States government will pay 100% of the cost. In subsequent years, the share of each state will increase – up to 10% in 2020 (see Table 4). Compare this with 57%; which is how much the U.S. Government pays for the cost of Medicaid to each state today. Obviously, individuals that are “newly eligible” for Medicaid (qualified after Jan. 1, 2014) will cost much less to states compare with the “old eligible.”

Table 4 – Paying for the new Medicaid

According to the Supreme Court Ruling, U.S. States are allowed not to participate in the Medicaid expansion program; some states plan to do so.  In such states, people with income 100-138% of the FPL will not be covered by Medicaid. They will also be exempt from the Individual Mandate. They are free to purchase health insurance through the exchanges, but they are not legally required to do so.

The tax credits included in ACA will be offered only to individuals with household incomes between 100% and 400% of the FPL. The individuals with household incomes below the FPL but above the Medicaid eligibility (usually well below the FPL) will not qualify either for the tax credits or Medicaid if they live in states not participating in the Medicaid expansion.

Liberty Medicare is here to help you learn about Marketplaces and assist with eligibility determination for enrollment in a Qualified Health Plan (QHP) and for insurance affordability programs, which include Medicaid, CHIP, premium tax credit, and cost-sharing reductions. We will help you to compare plans and enroll in coverage. All of our services are offered to you at no cost.

Liberty Medicare represents many well-known Health Insurance Marketplace providers in New Jersey and Pennsylvania.  Learn more about all of the benefits of working with Liberty Medicare.

If you are considering buying insurance in the Health Insurance Marketplace, let us guide you. To see real quotes from insurance providers visit Federal or State Marketplace, fill out our Individual Health Quote form or give us a call at 877-657-7477.

Multiple health plans from the leading US insurance companies. You may review quotes instantly, and (if you wish) enroll yourself online.