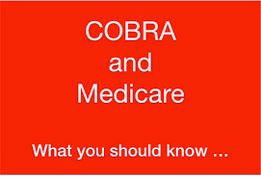 UPDATED on Dec. 5, 2018.  Many individuals who continue working after the age of 65 often elect COBRA coverage (if they are eligible) rather than enroll in Medicare Part B. However, in most cases, this is not the right choice. Read below for more details of Cobra Medicare Trap.

The age of Medicare eligibility remains 65; below the full retirement age (under Social Security) for everybody born after 1937. Employee group health plans cover the majority of people who continue to work after the age of 65. They typically enroll in premium-free Medicare Part A (Hospital Insurance), but not in Medicare Part B (Medical Insurance covers doctors visits and other outpatient services) that is NOT premium free. When they retire or are laid off, they get an eight-month Special Enrollment Period (SEP) to sign up for Medicare Part B immediately and without penalty.

It, however, is NOT the case for COBRA. There is NO Special Enrollment Period to enroll in Part B after COBRA coverage ends, and this results in unforeseen and unfortunate consequences for the individual. 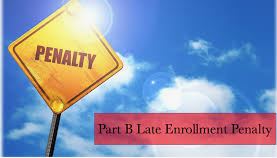 Consider a hypothetical case of Jim, age 69.  He was born in April of 1947. He was enrolled in Medicare Part A (but not Part B) in October 2012. He continued to work and was covered under his employer’s group insurance plan. In February 2015 he became entitled to COBRA and choose to take it.

Also, Jim will be charged a 10% late enrollment penalty which will be added to the standard monthly Part B premium for every 12 months of delayed Part B enrollment. The 10% penalty is for the lifetime of the insured.

In this scenario, the decision to elect COBRA was the wrong one. Instead, the SEP triggered by the loss of employee group coverage should have been selected; with no delay in getting Part B and no late enrollment penalty!

But maybe COBRA is less expensive, you might reason. Actually, research has shown that this is NOT the case at all.

Your spouse and dependents may keep COBRA for up to 36 months, regardless of whether you enroll in Medicare during this time.  You may be able to keep COBRA coverage for services that Medicare does not cover. For example, you may drop COBRA Medical coverage but pay a premium and keep dental coverage.

Get accurate information, and you will conclude that it is best to stay away from COBRA if you are over 65!

What do you think about Cobra Medicare Trap: Why Medicare is the Best Choice?   Write your comments.